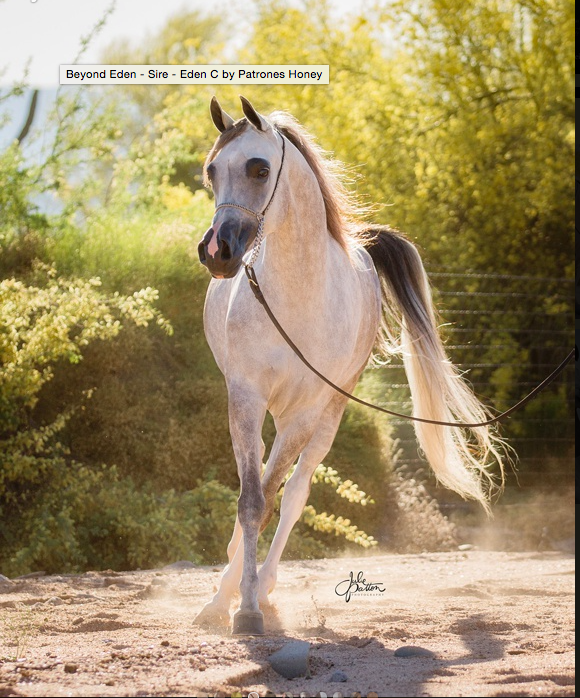 The largest Arabian horse show in the world makes its annual return to Scottsdale, the mecca of the breed.

GREG KNOWLES is feeding a carrot to one of the 20 Arabian horses at his Arabian Expressions farm in Scottsdale, and it’s easy to see why he fell in love with the breed. The horse’s huge, expressive eyes convey thanks for the treat, as the horse gently nuzzles up to Knowles before letting him pet its nose. The Arabian is a huge, handsome horse, a calm animal that instantly makes friends with anyone.

Its beauty will be on display for the public at the 61st annual Scottsdale Arabian Horse Show this month at WestWorld, where Knowles’ Arabians will join more than 2,400 other show horses. The event is the most wide-scale of its kind in the world and attracts 300,000-plus people from more than 50 countries.

“The Arabian horse is the only horse I’ve ever been involved in that would interact with me and look at me in the eyes and say hi and touch me and want to sniff me,” says Knowles, who began working with Arabian horses on a whim after college and opened his first farm in Seattle in 1979. “A lot of other breeds will just sit in the corner and don’t interact that much.”

The Arabian horse breed dates back more than 4,500 years and originated in the Arabian Peninsula of the Middle East, where the Bedouin people bred them in the desert to be intelligent war horses of speed and endurance. Characteristics of the breed include chiseled bone structure, wedge-shaped heads, large eyes and nostrils, and high-carried tails. While some domestic horse breeds have a hard time thriving in warm conditions, the Arabian can handle extreme heat, making the Valley a perfect breeding ground and showcase for the horse.

Knowles moved to Arizona in 1999 because the Scottsdale area “was the mecca, the Hollywood of the Arabian horse world.” Passion for Arabian horses in the Valley has grown since the 1940s, when the former Casa Blanca Inn in Scottsdale began hosting exhibitions, and chewing gum magnate P.K. Wrigley, whose family owned the Arizona Biltmore, followed suit at the resort. Traveling horses coming into the Valley on trains were met by curious spectators, and newspaper coverage increased the breed’s profile. Horse fancier Ed Tweed founded the Arabian Horse Association in 1955. The association now has more than 700 members who sponsor Arabian horse-related events in the Valley throughout the year.

Led by longtime executive director Taryl O’Shea, the Scottsdale Arabian Horse Show offers everything from luxury vendor booths selling a gamut of goods (from high-end harnesses to boutique breeches) and children’s activities areas, to educational seminars and horse demonstrations. The activities accompany the 950 individual competitions at the event, ranging from jumping to halter, which award more than $1 million in prizes.

Ally Nelson, who has competed at the show since she was 13 years old, founded Ally Nelson PR to work with Arabian horse farms, and about a dozen of her clients from around the country will be coming to this year’s event. “Growing up in Piñon Hills, California, and showing at local shows, as your horses get better, and you get better as a rider, my ultimate goal was to compete at the Scottsdale Arabian Horse Show,” she says. “It’s a magical atmosphere where you have people from all over the globe who are passionate about the Arabian horse in one place. The energy is beautiful and really encouraging.”

The event coincides with barn tours throughout metro Phoenix, as the Valley’s 50 Arabian horse farms open their doors to the public and bring the breed to WestWorld. Nelson says considering the versatility of the breed, it’s no surprise Arabian horses continue to fascinate people. “In comparison to other breeds, there’s a connection Arabian horses have with humans I’ve never seen before,” Nelson says. “They inspire me to be a better person. It’s like having a teammate, but your teammate doesn’t speak your language, they’re 1,200 pounds, and you have to figure out how to communicate and work together. Those who appreciate beautiful things need to come and see these pieces of living art.”