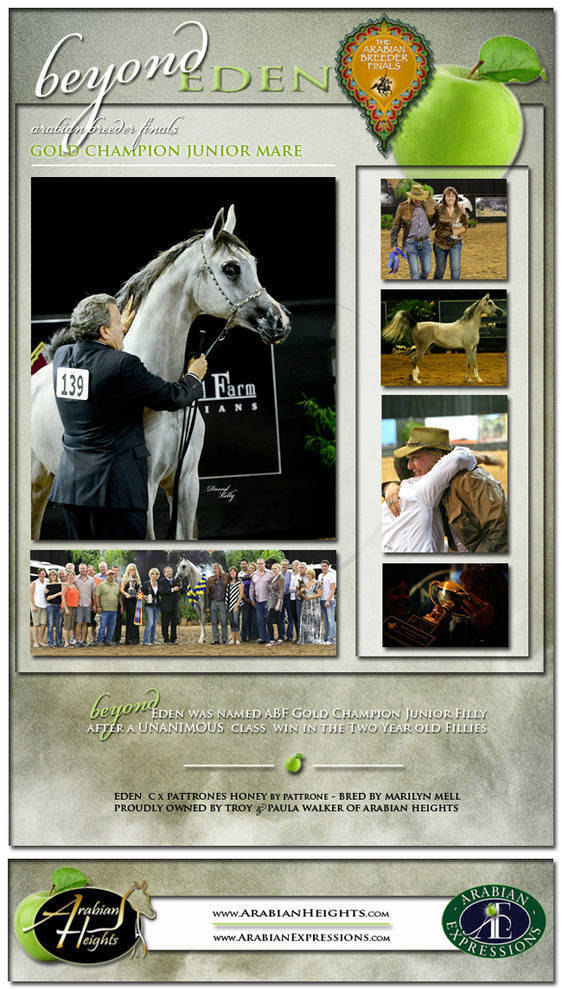 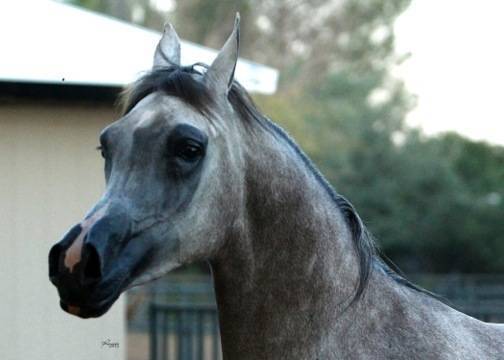 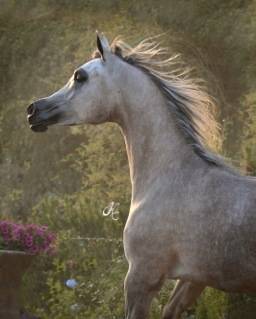 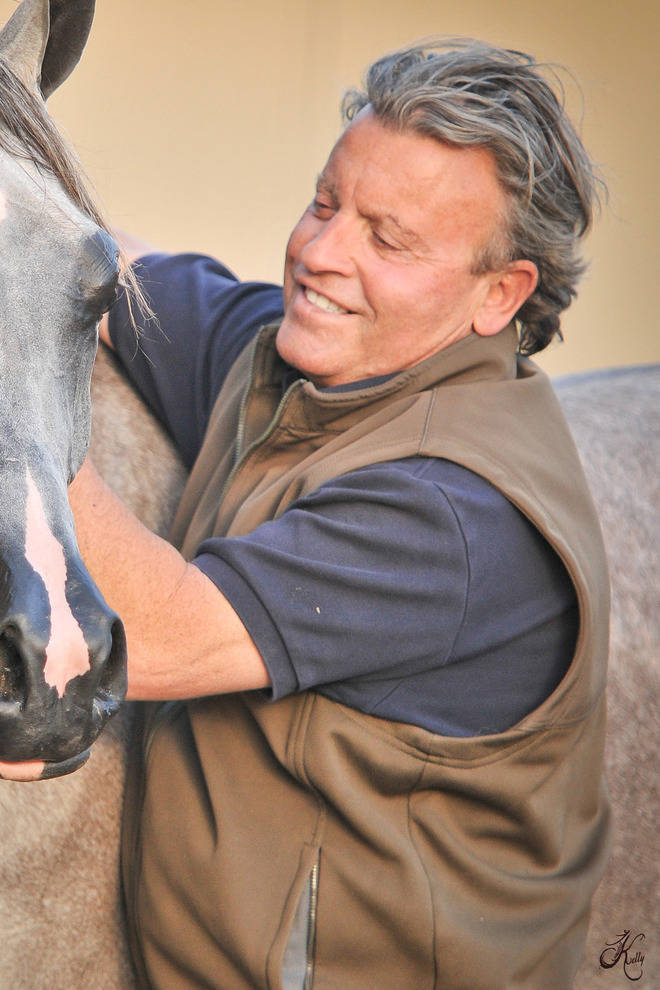 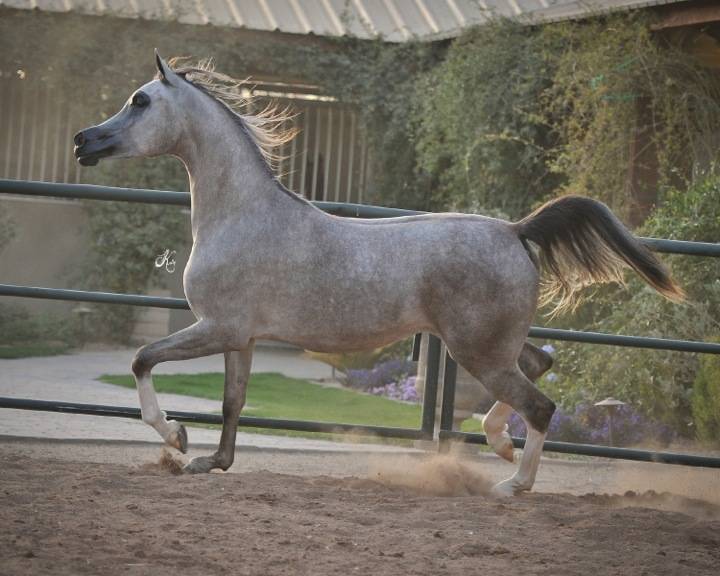 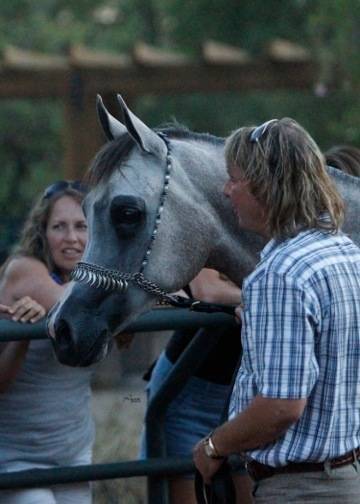 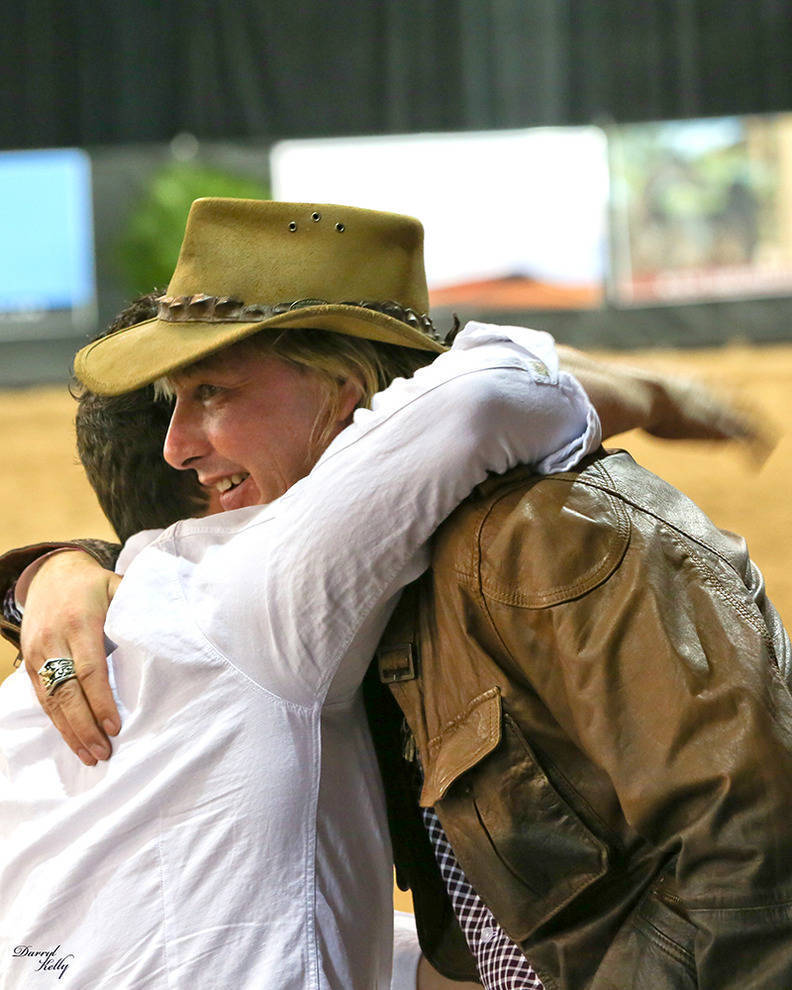 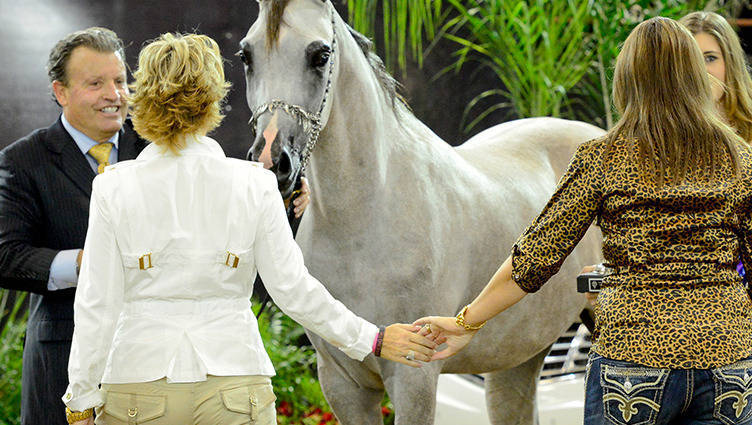 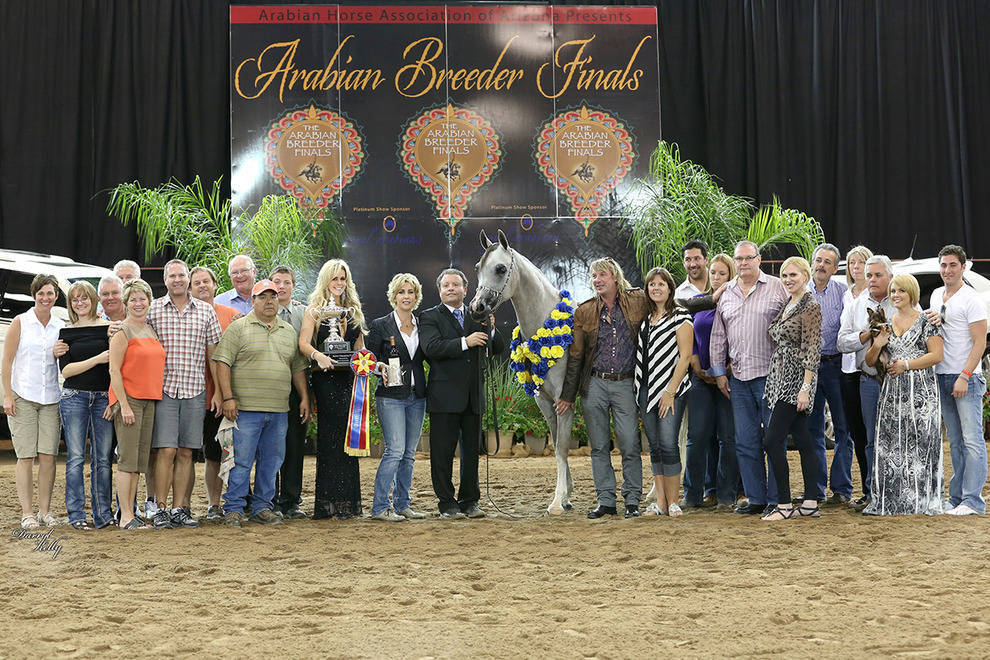 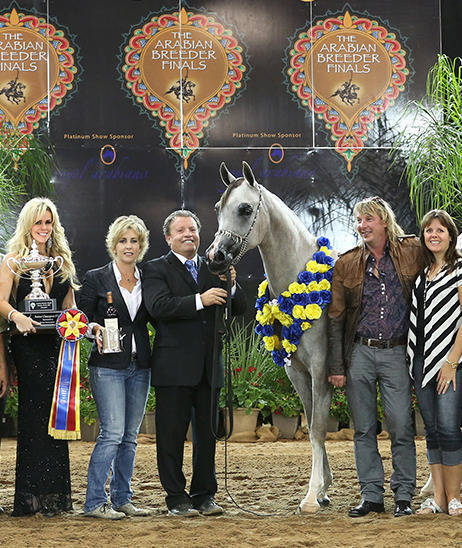 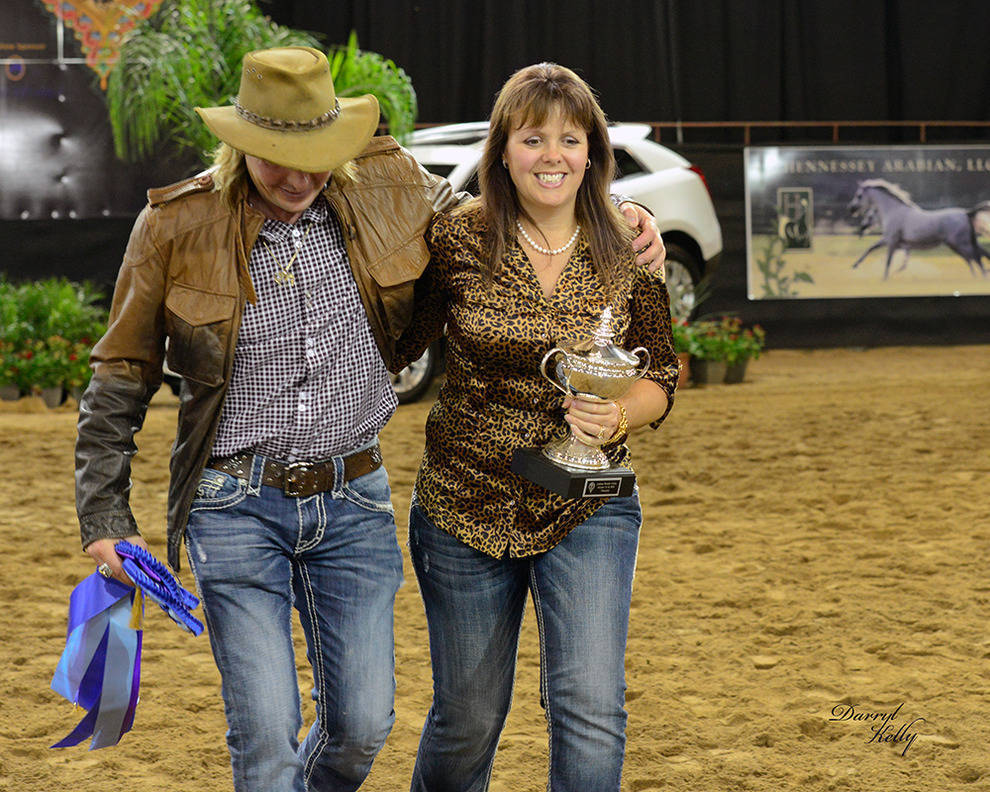 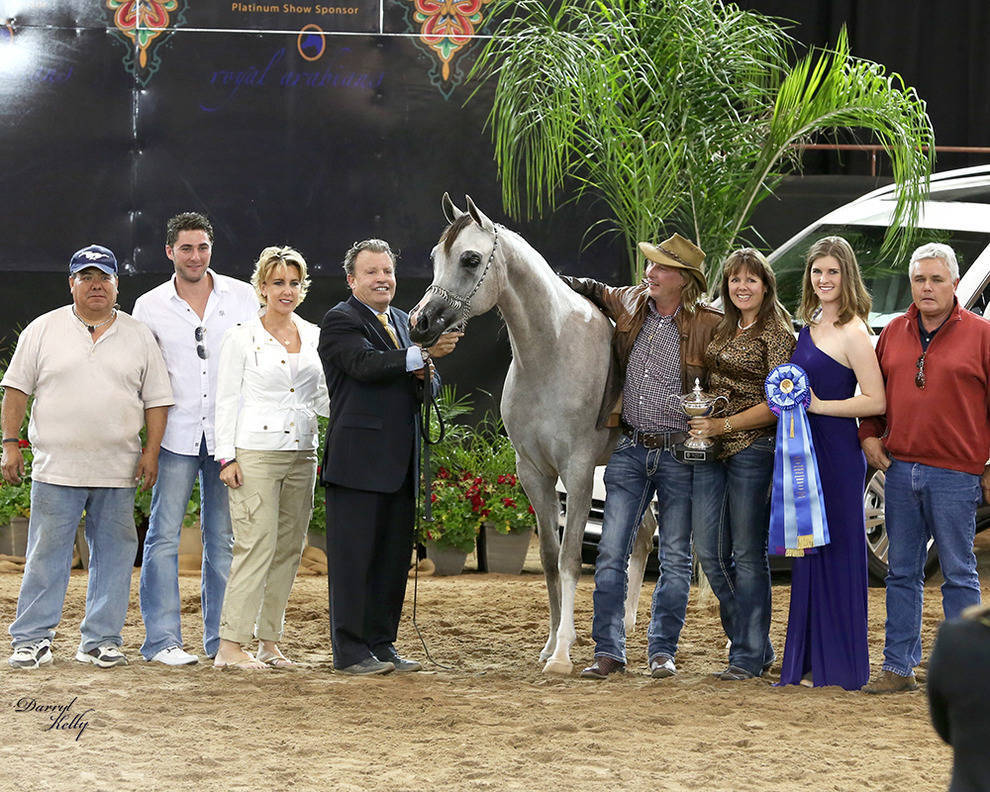 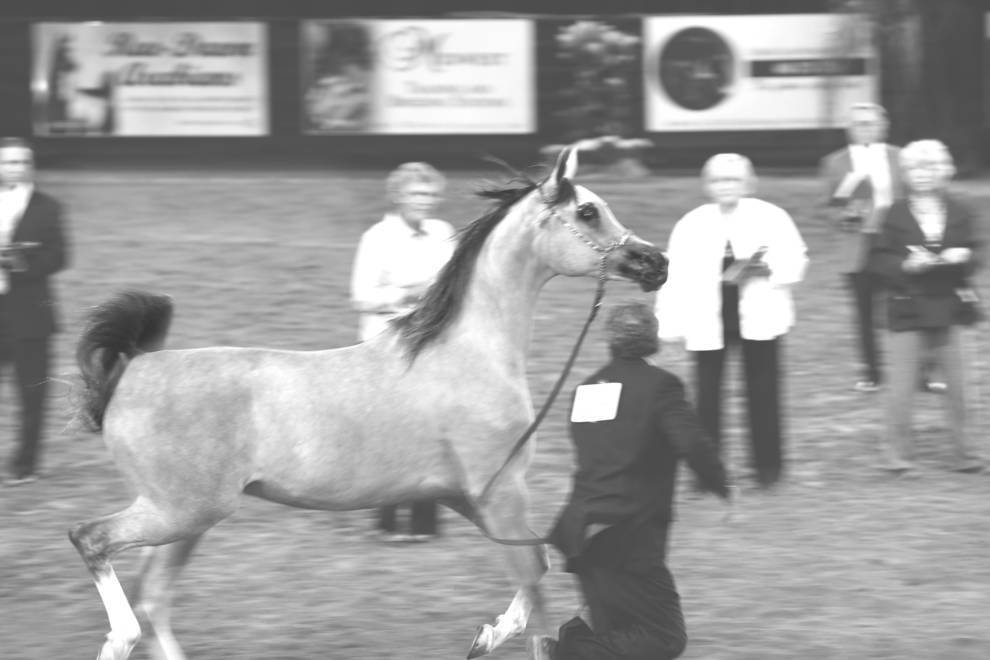 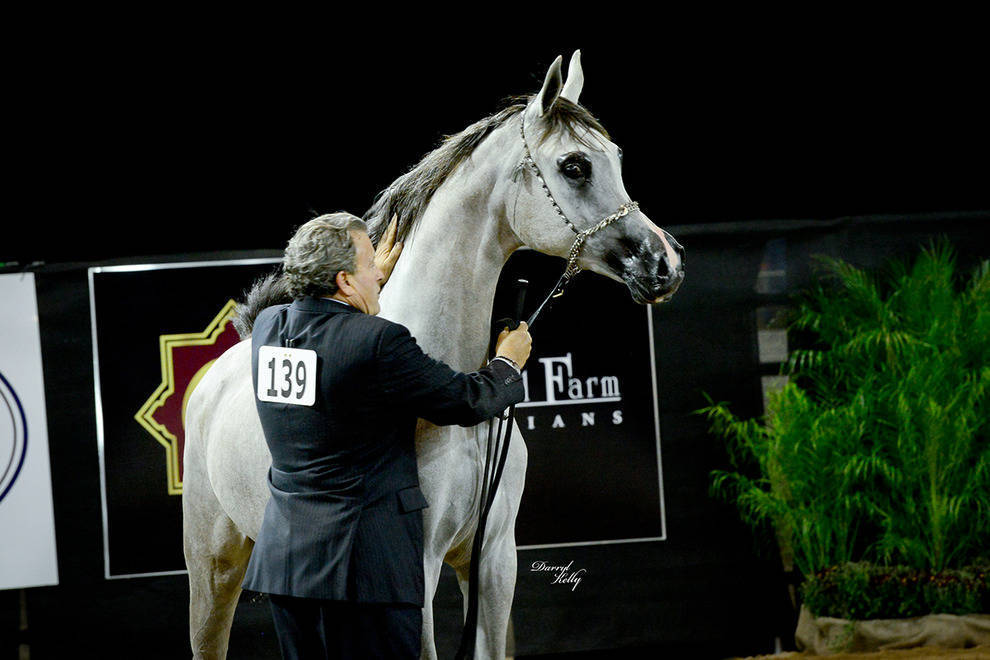 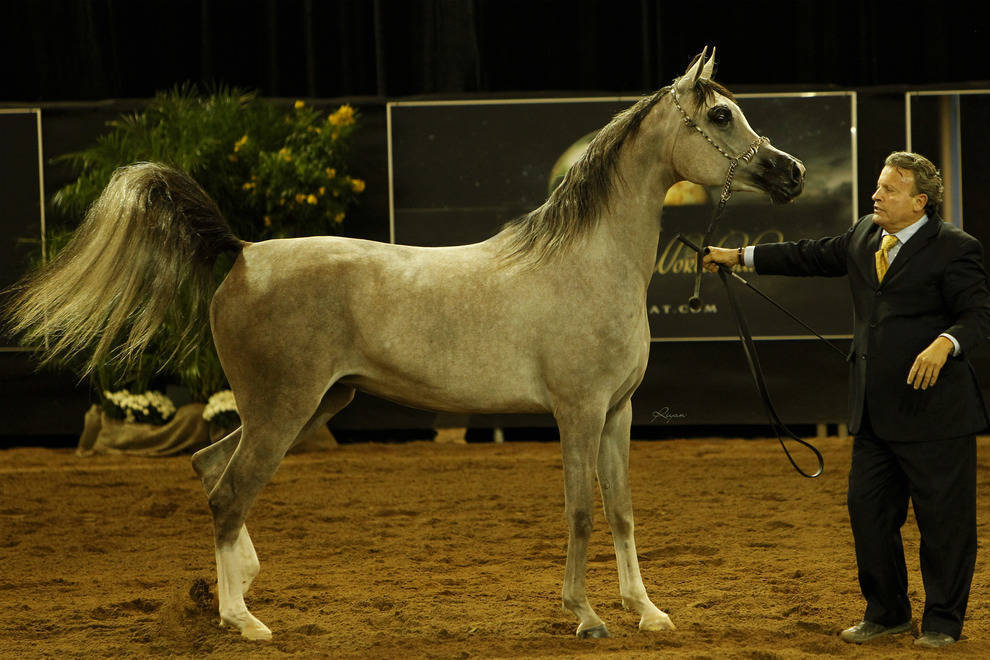 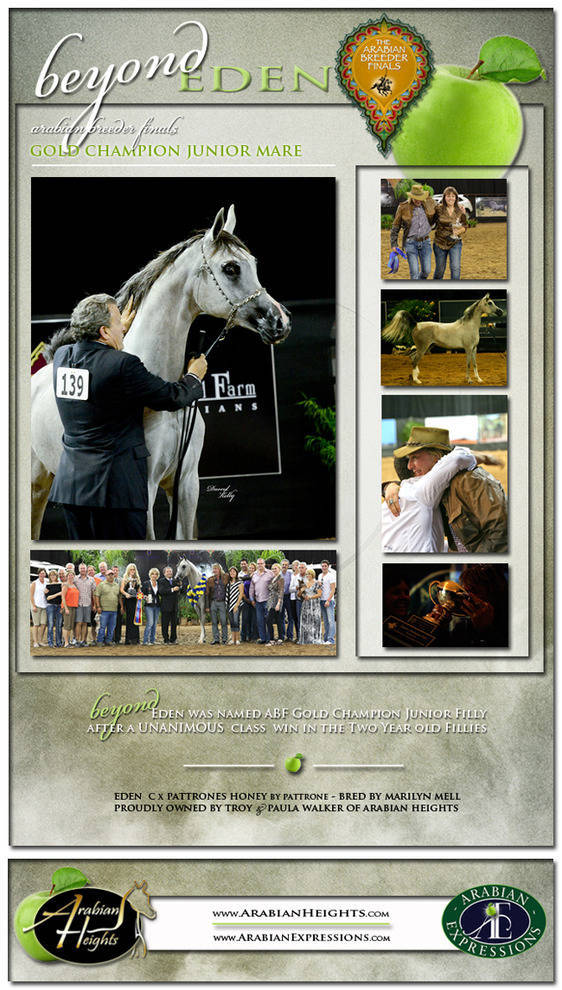 The success of this outstanding filly was very special to the entire Arabian Expressions family, as it was a first for her wonderful owners, Troy and Paula Walker of Arabian Heights in Alberta, Canada.

"Bee" as she is lovingly referred to in the barn, made her debut in the ring at this event and was the first Arabian show horse owned by Troy and Paula Walker. Greg and Riyan purchased her through Al and Glenna Grupen for Ann and Bernard Joye of Belgium last February. In April, she was taken to the Las Vegas show to be privately presented to hand picked foreign buyers on behalf of Ann and Bernard. She was not entered nor shown in the show itself.

When Greg brought her into the warm up area during a break in Vegas for a prospective buyer, she lit the place up with a presence and elegance none of us had yet seen from her. By the time she was headed back to the barn, she had commanded the attention of everyone in the area.

With the expert assistance of agent Travis Rice and manager, Steve Lengacher, Troy and Paula purchased this exquisite young filly that evening, much to the dismay of other interested parties.

It was a beautiful beginning to a future we hope to share with them for years to come.

Beyond Eden is a 2010 Grey mare sired by Eden C and out of the Pattrone daughter Pattrones Honey. She was bred by Marilyn Mell and is now proudly owned by Troy and Paula Walker of Arabian Heights, Alberta Canada. She is cared for by her friends at Arabian Expressions in Scottsdale, Az.