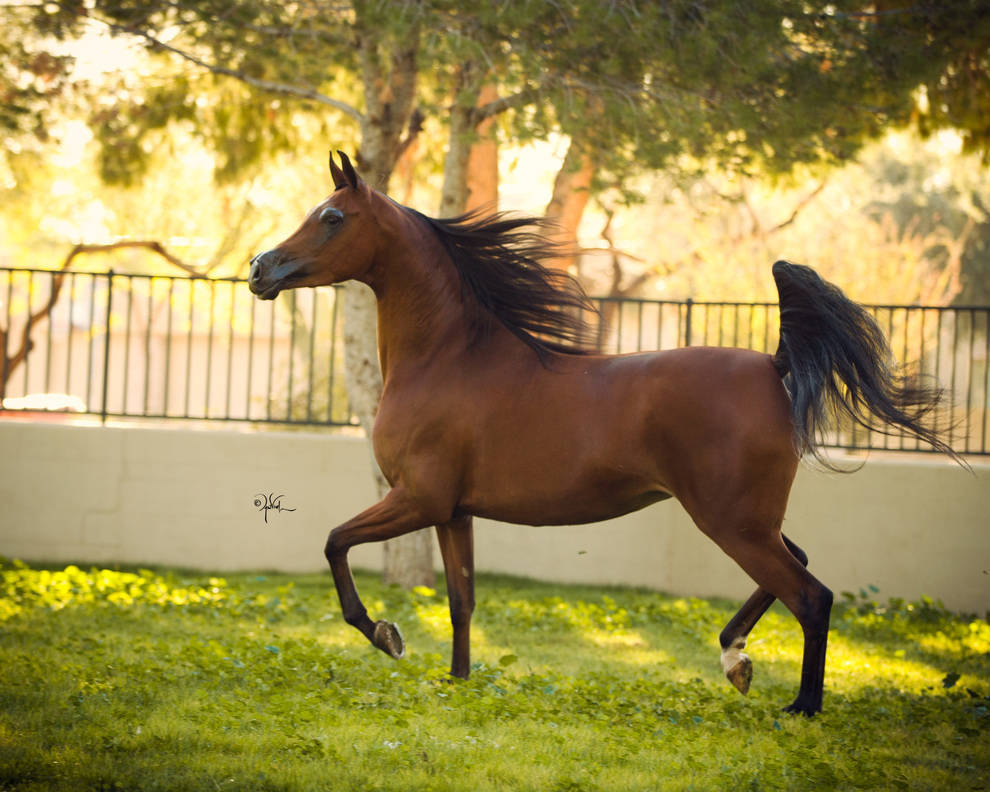 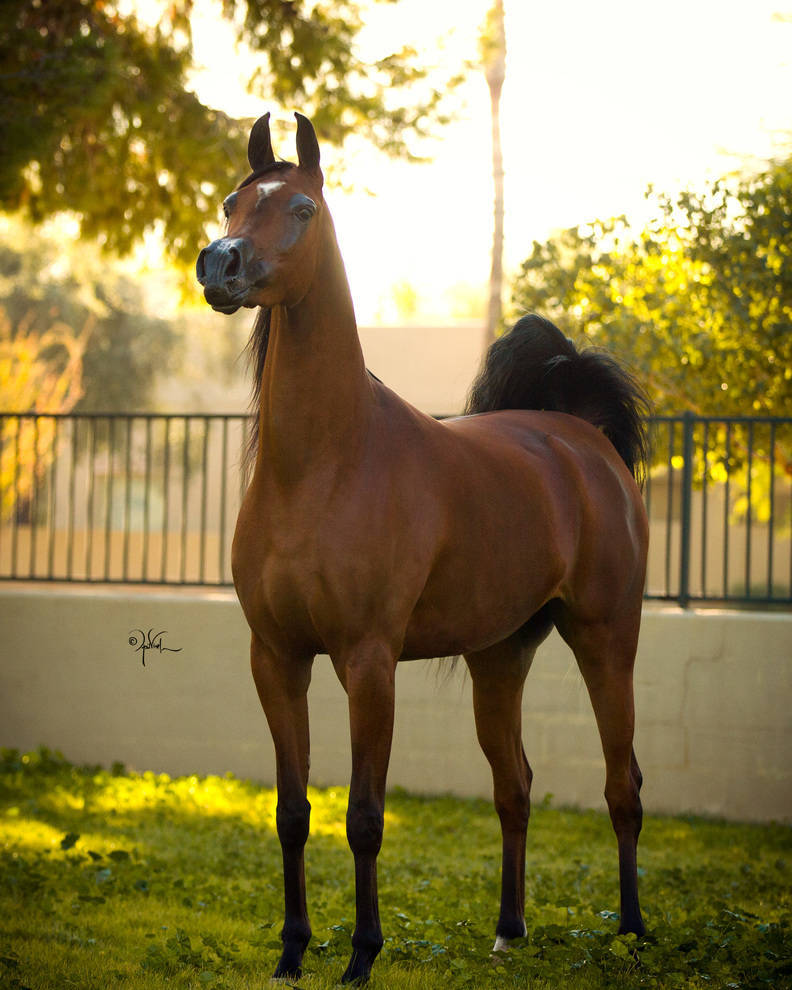 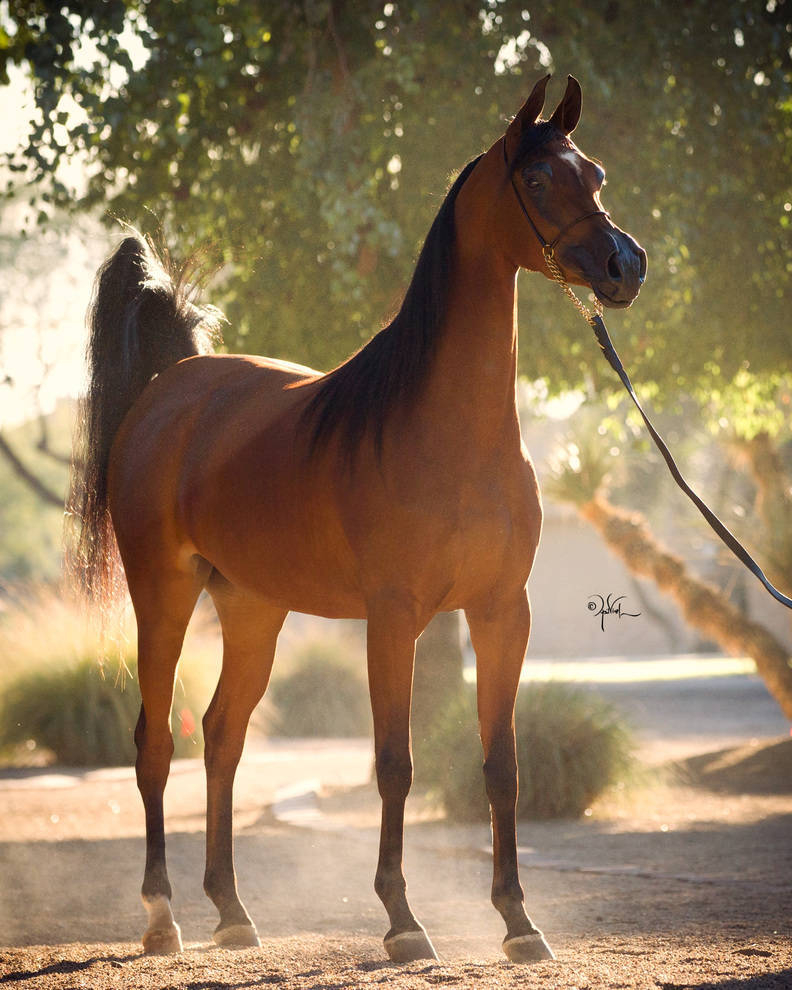 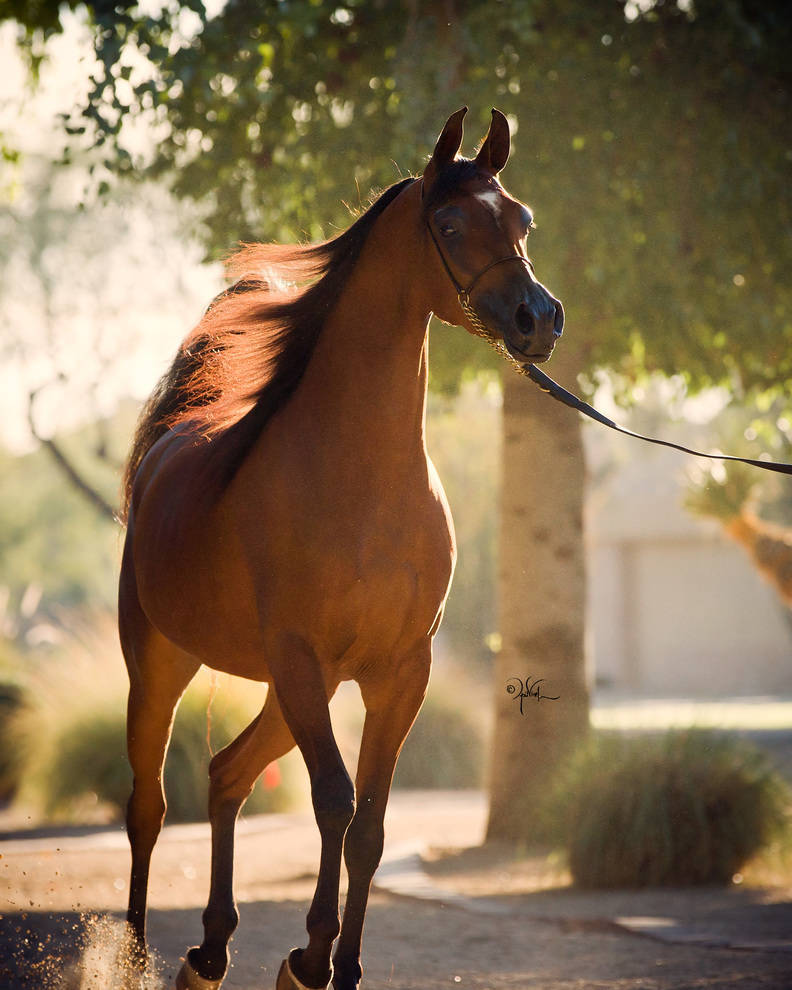 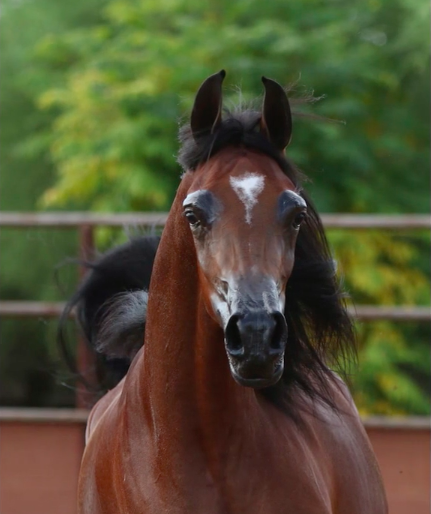 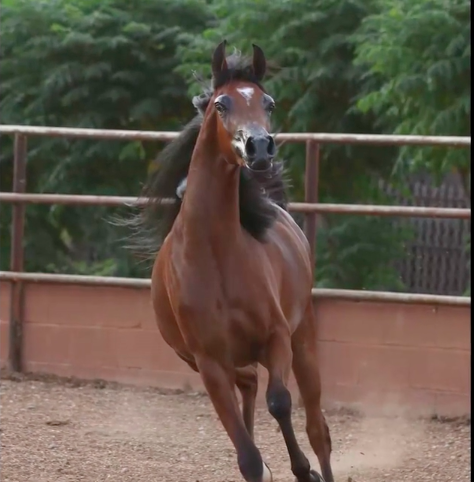 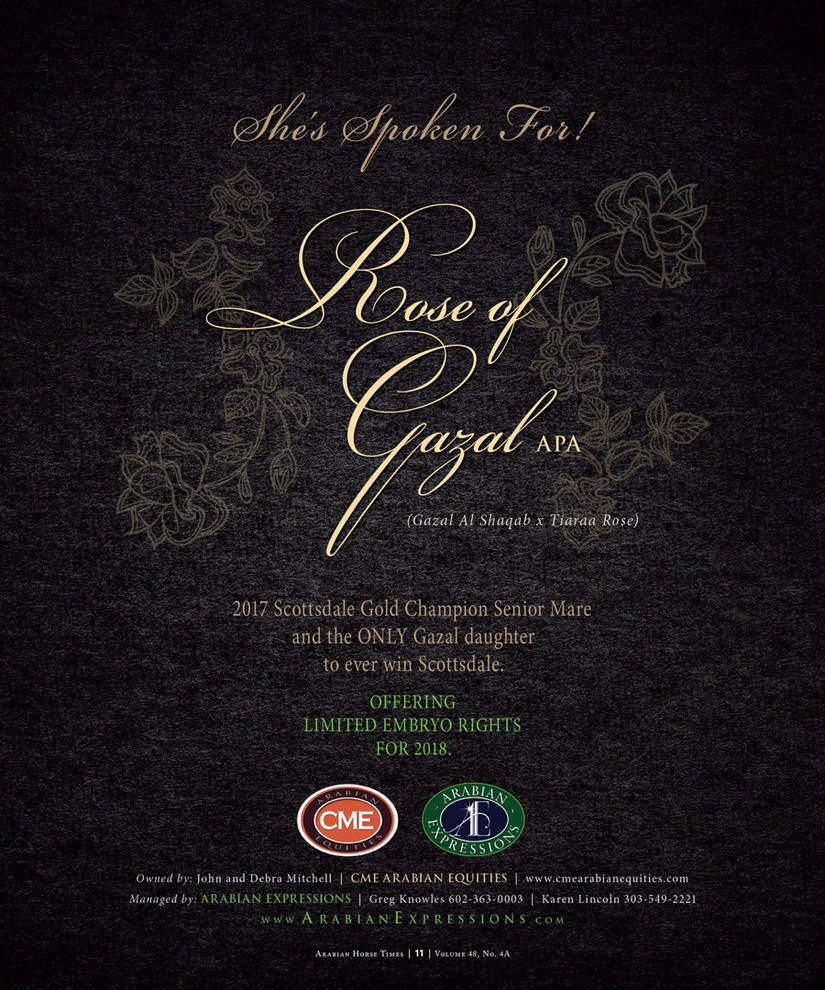 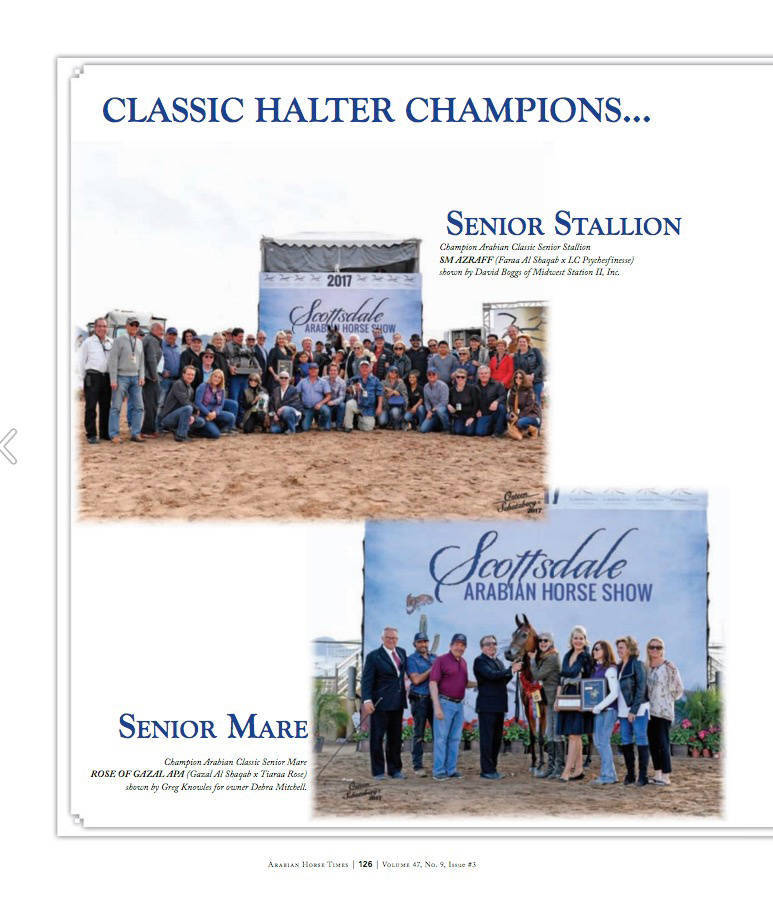 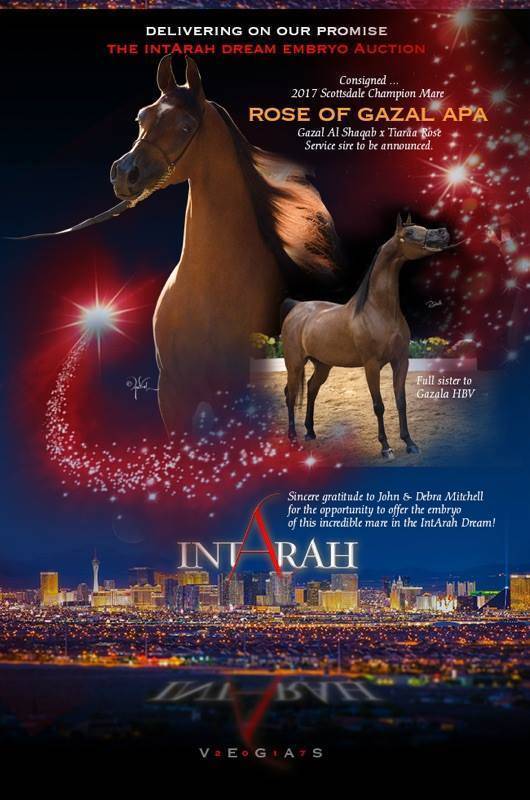 Rose of Gazal APA is your 2017 Senior Mare Champion!!!! We have a few 2018 embryo's available to purchase. Don't miss your shot at owning an embryo from a mare of this caliber. She is the ONLY Gazal Daughter to ever win Scottsdale.

Rose of Gazal APA is the Daughter of Tiaraa Rose who is the Dam of 10 foals, 8 of which have been shown. All 8 are champions.

Tiaraa Rose is the mother of:

Tiaraa’s offspring have additionally won over 30 Scottsdale, Regional Championships and Reserve Championships in Halter and Performance.

Rose of Gazal is the full sister to Gazala HBV who won the 2013 Las Vegas Breeders World Cup. Champion Mare in the 4 and over mares and was the 2013 Supreme Silver Champion Mare.

This mare is your 2017 Senior Mare Champion.